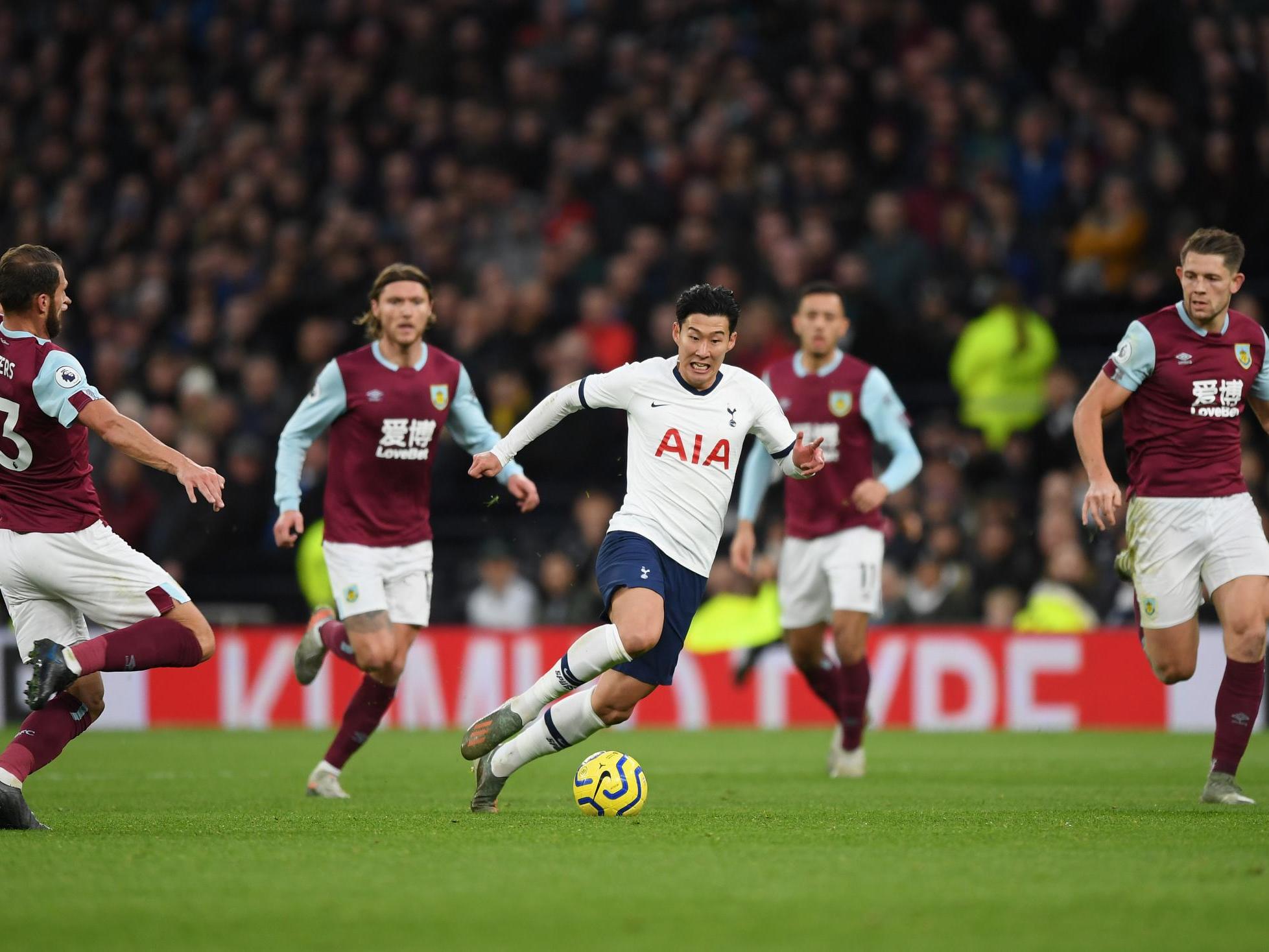 Twelve touches in 12 seconds. Six men left in his wake over 80 yards.

Into the rich canon of mazy runs you come, Son Heung-min. Make yourself at home and pull up a chair next to Ryan Giggs – George Weah’s making pancakes.

By 3:45pm on Saturday, Tottenham’s third goal had already gone viral. Football fans of different delectations and even those with even less than a passing interest in the game were charmed. Moments of brilliance have a way of transcending sport and this was no exception.

At the ground, two historical comparisons were made. Jose Mourinho likened it to a goal scored by the original Ronaldo – “Ronaldo Nazario” – for Barcelona against Compostela in 1996. At the time, Mourinho was sat in the Barcelona dugout as Bobby Robson’s assistant. For those with deeper Spurs allegiances, Ricky Villa’s winner in the 1981 FA Cup final against Manchester City came to mind.

Ronaldo’s was a triumph of strength, battling to win the ball in his own half, avoiding kicks and shirt-tugs while maintaining control of the ball at his feet before bursting forward. The rest – the move into the box, the check-back and shuffling of the feet into the finish – continued at this tempo.

Villa had a shorter distance to travel, receiving the ball about 25 yards out. He moved to the edge of the box, lost Tommy Caton at a walking pace, then Ray Ranton and Caton once again as he checked back before finishing inside the near post.

Saturday’s effort from Son had shades of both. Like Ronaldo, a lot of ground was covered [Son starting from the edge of his own box] at great pace, and the deft instinctive slalom through opposition bodies was right out of Villa’s playbook. As a whole, though, it was typically Son. “I didn’t know I was going to dribble past all the players,” he said after the match. Neither did anyone else.

But just as when Usain Bolt set a new 100m world record or New Zealand’s Brendon McCullum, one of the most destructive cricketers to pick up a bat, thrashed the fastest Test hundred off 54 balls, the feat was jaw-dropping but the architect was not.

Anecdotally, the best indicator of this was those who had heard Son “had scored a worldie” immediately thought of a long run – like his goal against Chelsea around this time last year – instead of, say, a volley from distance. The physical and mental attributes he has showcased in his four years in the Premier League was plenty warning. Even his previous work in the Bundesliga featured a similar box-to-box run for Bayer Leverkusen against Nurnberg in 2014 which ended in an assist.

He is an exceptional dribbler, averaging 2.6 a match which is the ninth most in the league this season. Part of that is because he maintains the fundamentals of sprinting when in possession: staying tall with a high stride and moving his arms in sync with his legs. He seems like one of those players who is quicker with the ball than without it.

Being both-footed is also a huge bonus, allowing him to subtly shift left or right into space without dramatically altering his route to goal. The best indication of this is how you can more or less draw a straight line from where he started to where he finished.

If one foot was more dominant, Son would not have been able to shield the ball as effectively as, say, Ronaldo, because he does not possess the same upper body strength. Protecting the ball from defenders would have meant relying solely on the instep of his stronger foot and seen him veer to his weaker side. Had he just used the outside of one foot in those tighter situations, he’d have been picked off with ease. Without that dexterity, this goal doesn’t happen.

Arguably most impressive was Son’s assessment of what was unfolding ahead. His first five touches came in his opening 10 yards which were taken at a canter as he surveyed the runs being made by teammates. Lucas Moura, the furthest forward, was backtracking to offer an option higher up the pitch and simultaneously created the space for Serge Aurier to break beyond Burnley’s last man.

Dele Alli was also an option, peeling away to the left wing. Son spotted him.

“I was thinking of passing left to Dele,” he recalled. “I saw him but it was impossible because of the fullback was closing down him. Then I thought, ‘what shall I do now?’” Only then, with that option closed off, and a gang of claret swarming on him like sharks sniffing danger in open water, did he shift gears.

Watching this moment back, you wonder why no one thought to take him out. Just as Son passes the halfway line he has James Tarkowski, Robbie Brady, Jeff Hendrick and Dwight McNeil within shirt-pulling distance of him.

The odds of getting through were stacked against him and, perhaps, those four figured one of them was bound to get the ball or the man. But, like a cartoon character sauntering out of the bottom of a ruckus he created, Son emerged unscathed, ball and momentum intact. Erik Pieters, the last outfield player to be ghosted, decided the red card for scything him down was not to be risked. There was still an hour to play.

Those two touches out of the cluster and then beyond Pieters were the second and first heaviest of the 12, respectively. “It was a little bit lucky because the ball went perfect in the space where nobody was there.” By this point, Son was at full pelt with the uninhibited motion of a child bounding down the stairs on Christmas morning.

Thanks to his stamina, he maintained top speed with Matt Lowton and Ben Mee barely treading on his shadow as they bust a gut to try and put him off. Son regained full control of the ball and composure, assessed Nick Pope’s movements and ensured his finish had enough air to ripple the net.

Twelve seconds, 12 touches, 80 yards and a goal that, like those of Ronaldo and Villa, will live on long after Son hangs up his boots.