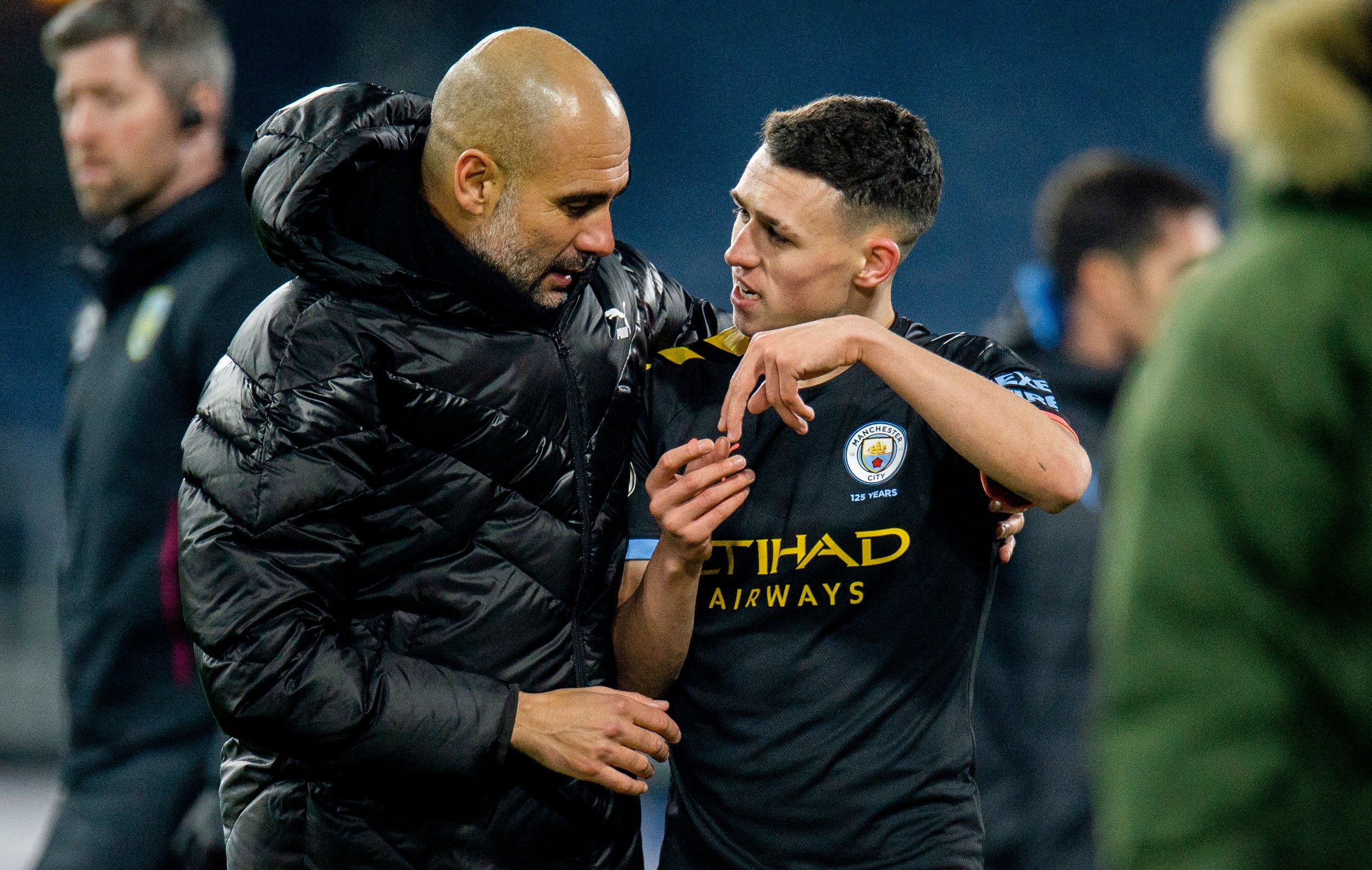 Manchester City manager Pep Guardiola claims it is crazy to think about the title after allowing Liverpool to open up a big lead in the Premier League.

The champions beat Burnley 4-1 on Tuesday to move back up to second place in the table but they remain eight points behind the Reds, who have a game in hand.

Guardiola, speaking sarcastically at first, said: “The title is over. From what I read nobody gives us a chance. It’s done. I don’t believe it, but it is not about whether I believe it or I don’t believe it. It is about the next game.

“Our team is stable and that’s what we want. For the distance we have against Liverpool it would be crazy to think about the title, honestly.

“We have to think about the (Manchester) derby (on Saturday), game by game. There are other competitions – the FA Cup, Carabao Cup and Champions League. It is important to take this rhythm for the next games.”

Gabriel Jesus, starting in the absence of the injured Sergio Aguero, ended a run of eight games without scoring by netting City’s first two goals in impressive fashion.

Guardiola said: “It was a good result, thanks to our performance. We played really well. We are so satisfied with the way we played and the way we’ve played the last games.”

Asked about Jesus’ performance, Guardiola said: “We’ve lost an incredible striker in Sergio so we need him, he needed to score these two goals. These goals will help him and the team. He scored two incredible goals.”

There was a moment of humour in the post-match press conference when Guardiola slapped his head after referring to City as his former club Bayern Munich when asked about the quality of Rodri.

He said: “It was outstanding the way he played, not just with the ball. He was so clever moving right to left. That’s why the reception for the players up front was easier and quicker.

“He was in the right moment for the transitions. Always he helped us. He’s adjusted and he’s perfect for this league.

“I think Bayern Munich – Bayern Munich! I don’t know what I said! – I think Man City bought an incredible player for the next years.”

Burnley manager Sean Dyche conceded his side were outplayed.

Dyche said: “In the first half we tried to keep it tight, we know it’s difficult if you open up against these sort of sides.

“They scored a worldy to get their noses in front and then in the second half we didn’t turn up at all. We didn’t lay a glove on them physically. We didn’t keep the ball and they did.

“They’ve been getting a lot of question marks but when they turn up they really do. They were by far the better side.”