By Chris Dyer For Mailonline

Lille was on Lockdown today after a car with three gas canisters was found near a military hospital in the French city.

A vehicle containing three gas cylinders and a suitcase was reported to emergency services at around 11.30am this afternoon, according to local media.

A large area between the Morrison Square, Bethune Road and Place de la Republique had to be cordoned of by police for fears the canisters may explode. 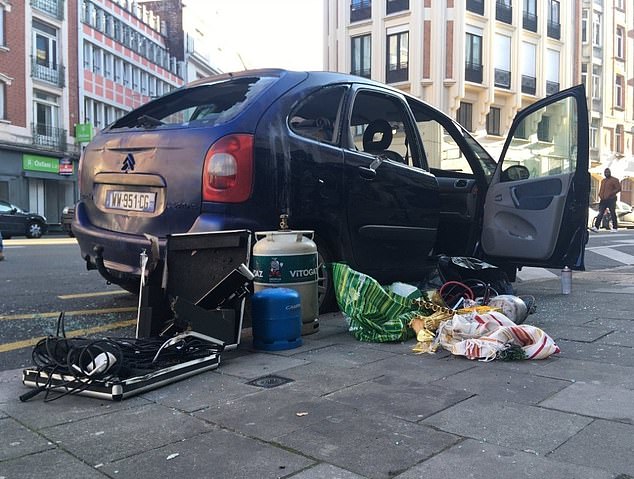 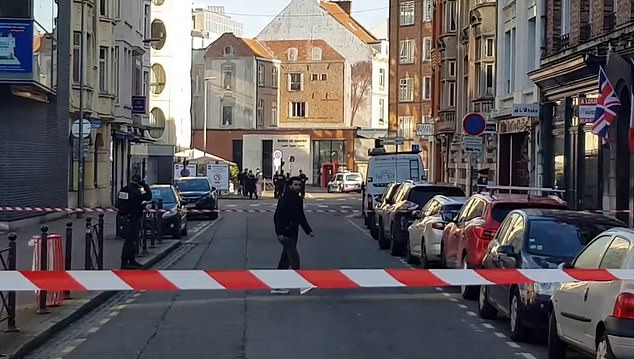 Police said the suspicious vehicle contained what appeared to be a bag of gas bottles and a suitcase outside a bar called L’Idiot (The Idiot), which is near the hospital.

Bomb disposal experts were at the scene while residents were advised to avoid the area.

The spot where the car was found on Rue de l’Hôpital-Militaire is just a few hundred yards from Place Rihour where a Christmas Market is held from Monday to Sunday.

Two small canisters and a larger one were taken out of the black Citroen by bomb experts as part of the security check, police said.

Nearby apartments were evacuated and residents on the ground floor were taken to safety, local media reported. 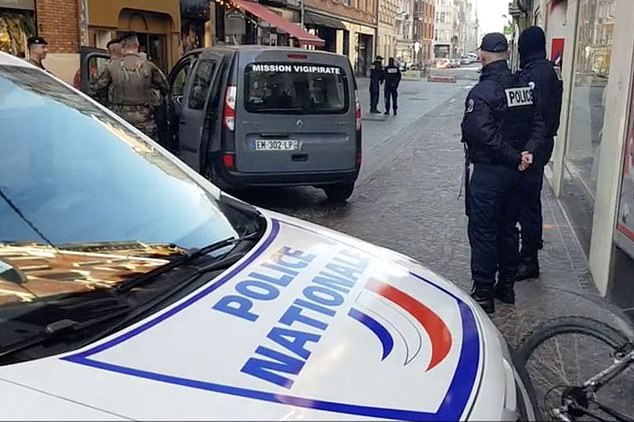 A large area around the Rue de l’Hôpital-Militaire in the centre of Lille was also evacuated.

Students of the ECG business school had to leave the building, according to Grand Lille TV.

Police later tweeted just before 2pm local time that their security operation was over, around three hours after the emergency was first declared.

It is thought the owner of the vehicle had innocently left the canisters and cables in the back of his car. 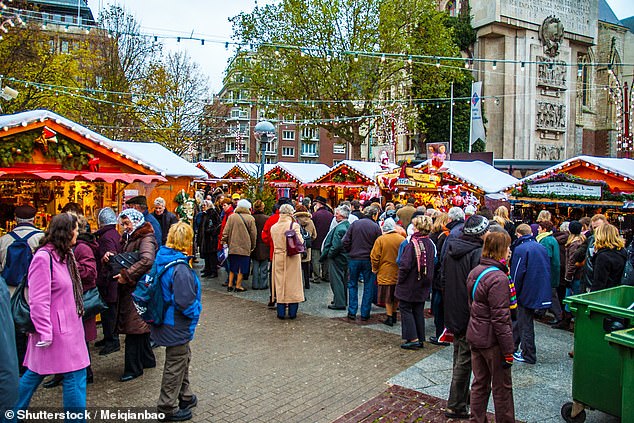 He was reportedly unaware that keeping this kind of equipment in the back of a vehicle could cause alarm in a country on high alert for potential terror attacks.

At the start of the bomb scare a police officer saw the cables and gas canister through the broken rear windows and asked a chef at the bar, L’Idiot, if it belonged to anyone connected to the establishment. He was told the owner was not known to staff.

In July Lille suffered another bomb scare earlier this year when the courthouse in the city was evacuated after an anonymous threat was called in.

A month earlier the media centre at Stade Pierre Mauroy football stadium in the city where Lille play their home games, had to be evacuated before Italy were due to play the Republic of Ireland.

The suspicious package that was found by found the authorities turned out to be an innocent bag.