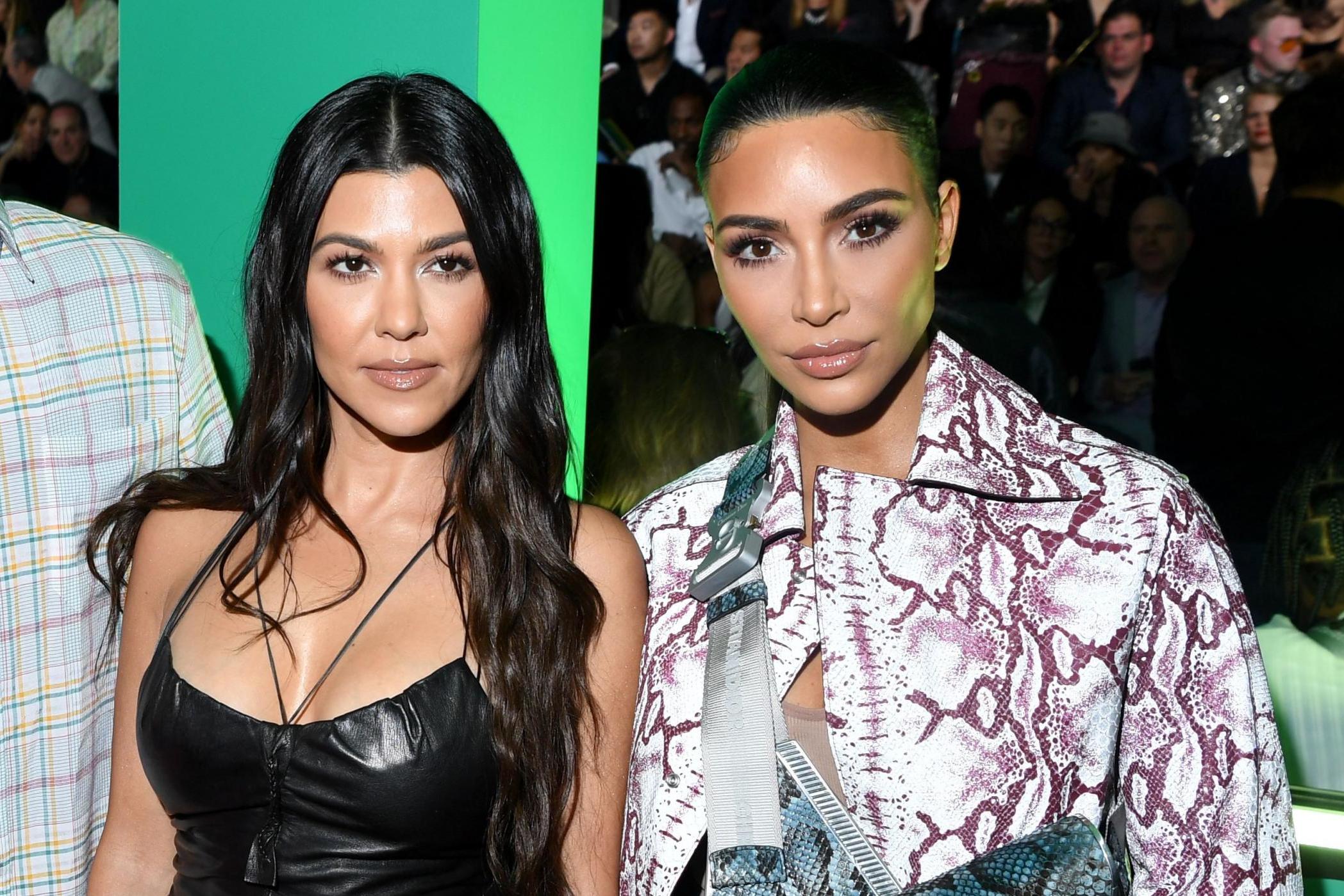 On Tuesday Dior creative director Kim Jones coaxed streetwear icon Shawn Stussy out of retirement for a colourful Dior Men’s Pre-Fall 2020 collection – and the stars packed out the venue to witness it.

With the likes of Kourtney and Kim Kardashian West, Bella Hadid, David Beckham and more in attendance, the A-list turned out to watch the brand’s Miami runway show.

Kim Kardashian-West and Kourtney arrived together, each dressed in dramatically contrasting outfits. Kourtney arrived in a strappy black leather dress and heels, while Kim posed for photos in pieces from the collection.

Kim shared on her Instagram stories that Dior designer Jones had sent her pieces from the new drop to wear on the front row – which included an “all metal prototype” of their signature saddle bag in blue snakeskin, as well as an holo reflective white snakeskin coat.

After the show she shared her gifts of a Dior-branded fan, runway brooch and water bottle.

The duo were joined later by model Winnie Harlow, who collaborated with Kim on a limited make-up line for her brand KKW Beauty.

Prior to the show, model Bella Hadid was seen hanging out backstage dressed in a silky graphic pyjama set. The model was joined by her friend Luka Sabbat, who she grabbed a couple of makeup chair selfies with.

David Beckham also secured a spot on the front row. Wearing a silver suit and trainers, he posed for shots before the show started.

The event saw a few normally private couples step out together, including Gwendoline Christie and her partner Giles Deacon. Deacon, who is also a fashion designer, has previously created dresses for the Game of Thrones star to wear on the red carpet.

Stranger Things star David Harbour was also joined by his girlfriend Lily Allen. Later on inside the venue, Harbour was seen putting an arm around the singer and smiling.

Ricky Martin and his husband of two years Jwan Yosef also attended, dressed in contrasting outfits. Yosef went for a laidback streetwear look with a printed bomber jacket, while Martin stepped things up for the occasion in a crisp white double breasted suit. He carried a rainbow fan and dip-dyed trainers.

Supermodel Kate Moss attended in an all black look, paired with a delicate silver necklace and naturally tousled hair.

Vampire Diaries star Nina Dobrev wore a denim all-in-one with a Dior-branded clutch. She was seen with country singer Orville Peck, who wore a Dior riff on his signature fringed cowboy hat and mask. Peck performed later on at the show’s after party.

Living meme and musician DJ Khaled also showed up in an all black look, throwing his hands up in the air for the cameras.

Juxtaposed against the rigidity of Dior’s metal saddle bags, classic tailored mens coats and reflective windbreakers, it made for a fresh pool of style inspiration for men looking to update their wardrobe.