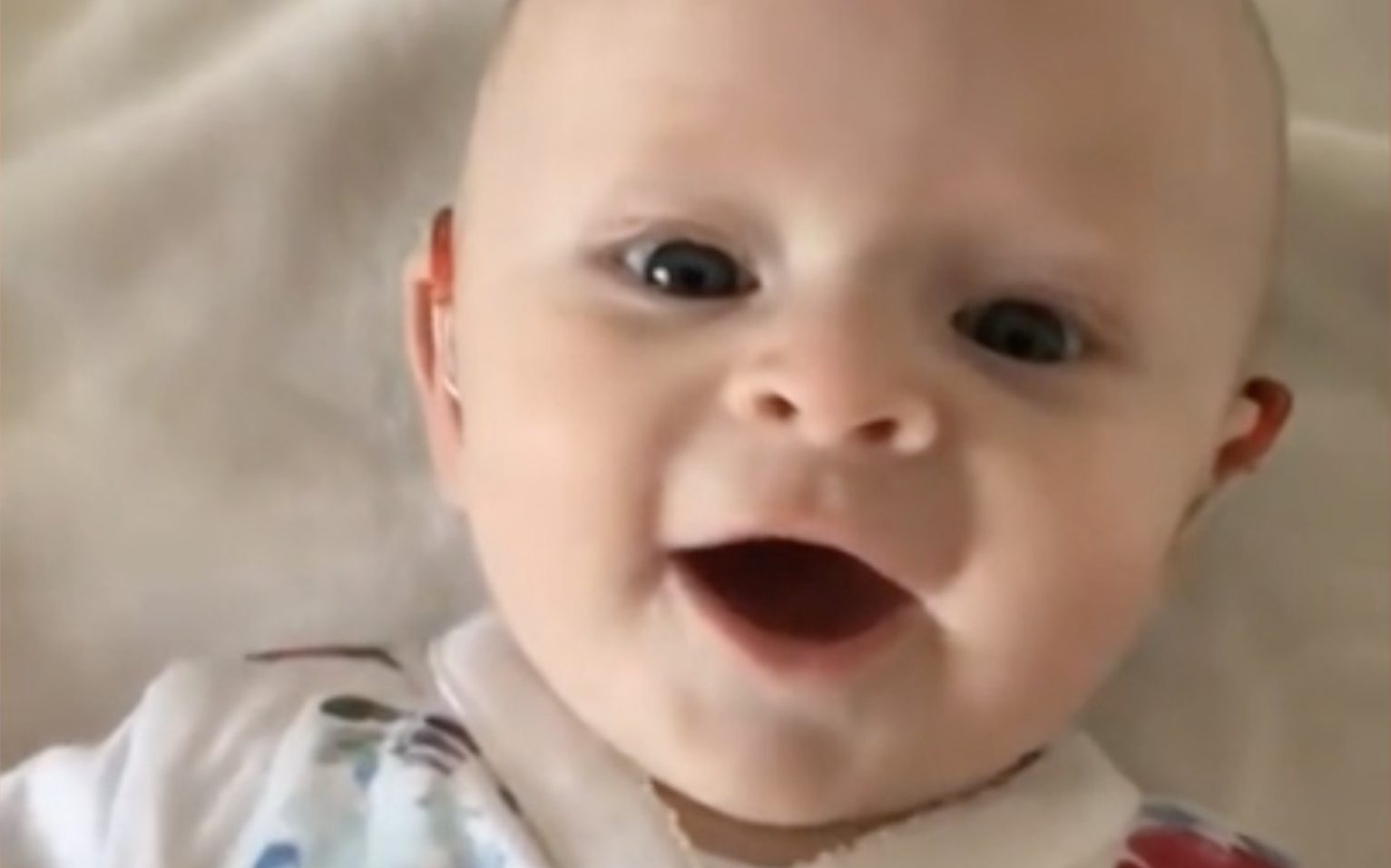 A video of a father sharing the moment he turns on his daughter’s hearing aids in the morning has gone viral.

Paul Addison tweeted a video of Georgina, his four-month-old daughter, reacting to her mother’s voice.

Mr Addison, from Harrogate, Yorkshire, said: “You use these hearing aids and it’s like the lights have been switched on.”

Mr Addison tweeted the video on Thursday morning and it has already had tens of thousands of likes.