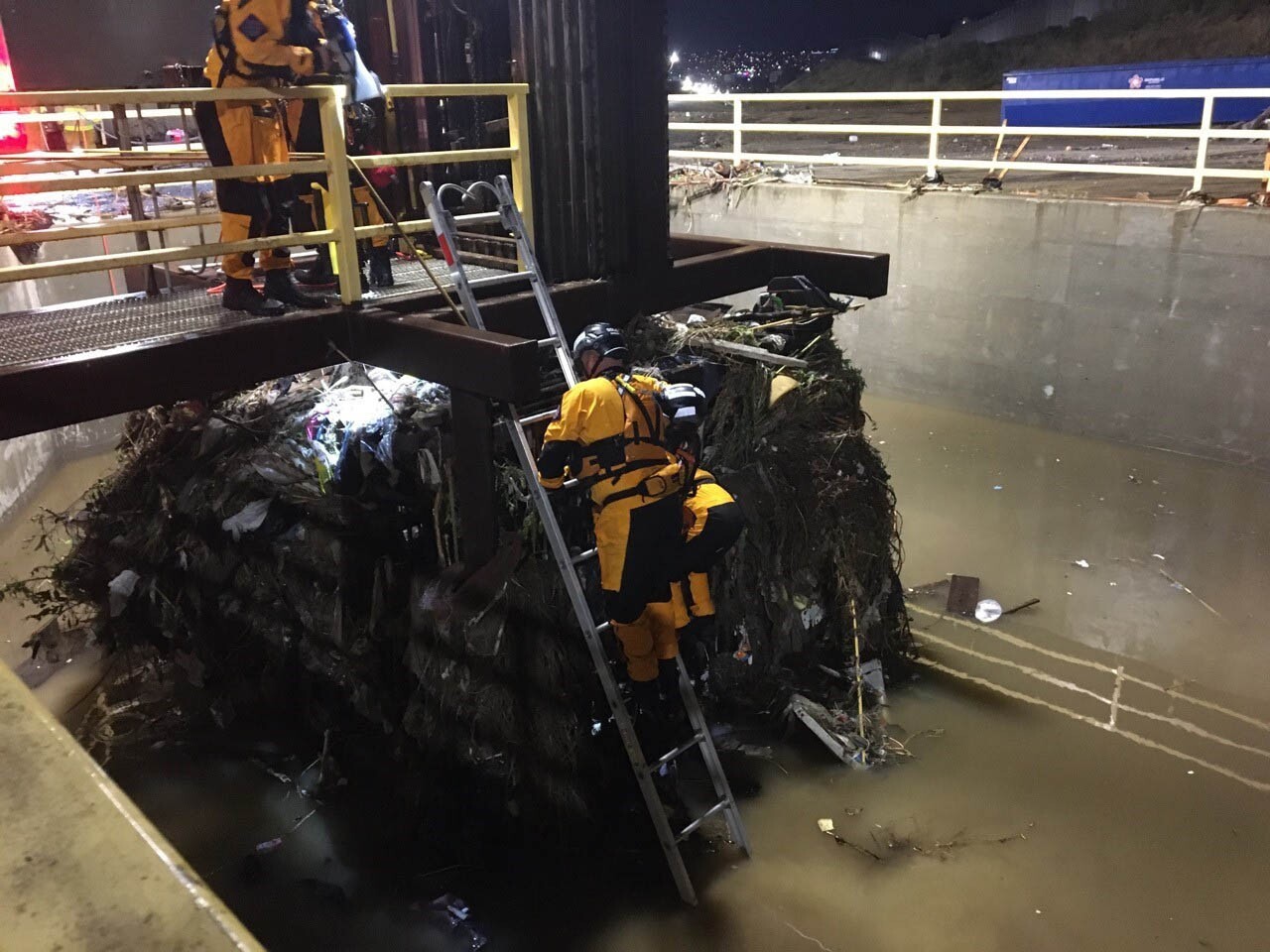 Amid heavy rain, Border Patrol agents and firefighters rescued 20 people on Thanksgiving night who attempted to cross from Mexico into the San Diego region through a flooded network of drainage pipes.

Authorities also found one person dead along the mouth of the Tijuana River in Imperial Beach.

“The lifesaving efforts of these agents, who bravely risk their own lives to save others, makes me proud,” Douglas Harrison, chief patrol agent for the Border Patrol‘s San Diego sector, said in a statement. “Inclement weather conditions and perilous drainage pipe water flows significantly increase the odds of a grim outcome.”

A border agent on patrol caught three people attempting to illegally cross into the United States through a culvert about two miles west of the San Ysidro Port of Entry about 11 p.m. Thursday, according to officials.

The agent quickly learned that there were others lost in a maze of drainage pipes fast filling up because of rain, officials said. San Diego firefighters and lifeguards were dispatched to help with the rescue.

Hearing calls for help deep in the pipes, agents and the emergency rescue team located a woman and pulled her to safety, officials said. She told authorities that there were more people trapped.

Eventually, authorities opened a manhole to find 13 more border crossers, seven of whom were transported to a hospital, officials said. At least one person sustained life-threatening injuries.

Around 1 a.m. on Friday, agents heard another woman yelling for help in the same area, officials said. She was apprehended and transported to a hospital. Shortly after, two other people were found near the end of the culvert.

Of the 20 people rescued by authorities, 19 were from Mexico and one was from Guatemala.

Around 2:40 a.m., an agent found a person lying dead on the beach along the Tijuana Sloughs. The agent called the San Diego County Sheriff’s Department, which took custody of the body. It’s unknown if the death is related to the other incident.